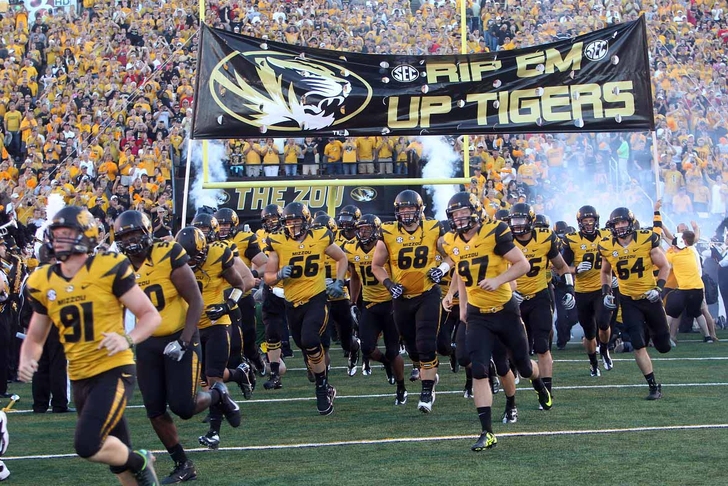 Mizzou has once again exceeded expectations, even thought they lost to Alabama in the SEC Championship Game. They'll still go to a good bowl game with a 9-3 record, so who are they most likely to face this bowl season? The Cardinals had a successful first season in the ACC, posting a 9-3 record under head coach Bobby Petrino. They’re probably headed to either the Music City Bowl or the Citrus Bowl, and Mizzou is a strong candidate to be in the Citrus Bowl. This would be a fun matchup between two high-powered offenses, and would probably be one of the more entertaining games of the postseason. The Cornhuskers may have fired head coach Bo Pelini, but Nebraska is still set to go to a pretty good bowl game. They rely heavily on running back Ameer Abdullah, which would create a good matchup for Mizzou's defense. There’s potential for these two teams to face off in the TaxSlayer Bowl, Citrus Bowl, or the Outback Bowl. Wisconsin is very similar to Nebraska – a run-first team headlined by a star running back – but they have a better defense than the Cornhuskers, and there might not be a better rusher in the country than Melvin Gordon. The Badgers have a chance to play in one of the “New Year’s Six” bowls, but if they don't make it, they'll probably end up the Outback Bowl or the Citrus Bowl, both of which are likley destinations for Mizzou.

The 3 Most Likely Bowl Destinations For The Mizzou Tigers