2015 NATIONAL SIGNING DAY: Tigers Claw to The Next Level 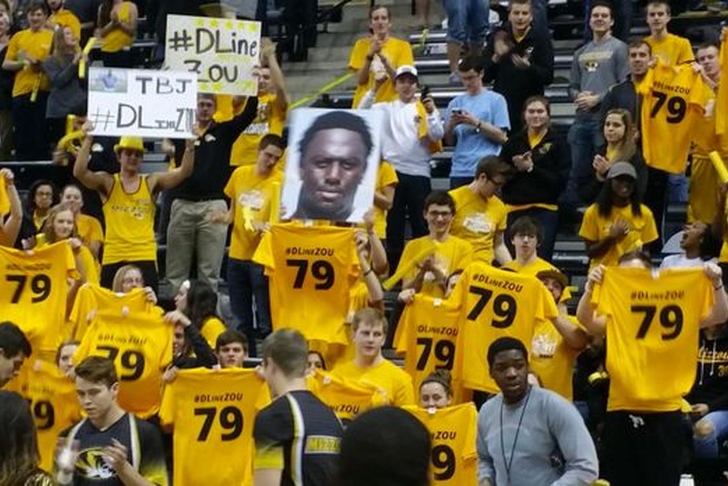 Mizzou climbed the recruiting ladder a few spots this year with its 2015 signees. The class is ranked 18th by ESPN, 24th by Scout, 25th by 247Sports, and 27th by Rivals. It’s no Alabama-esque signing day, but for Mizzou, it’s another step in the right direction.

- No. 2 recruit in the country by ESPN (five-star recruit)

I think moving to the SEC, winning 24 games in the last two seasons, appearing twice in the SEC championship the first three years as an SEC school, success in the NFL, and a damn good, highly-touted coaching staff are all factors in Mizzou's improved recruiting rank.

So I looked into Mizzou's recruiting rank in the previous years… ESPN (until recently, only top 25 were ranked)

An even more jaw-dropping stat comes from Rivals. Rivals lists Mizzou as signing the No. 1 player in Kansas (A.J. Harris), Missouri (Drew Lock), and Illinois (Terry Beckner Jr.). Three players ranked No. 1 in their state, and they all signed with Mizzou. That is huge for the program.

In the past, here’s how Missouri’s fared with recruiting in-state and in bordering states, per ESPN…

While these stats don’t show a large increase in numbers over the past few years, I think the important thing to note is the quality of players from these states that Mizzou has signed over the past few years. This program has grown tremendously, and the coaching staff is doing all the right things to contend for a top 15 recruiting class in the years to come. I mean, Mizzou signee Tyrell Jacobs told defensive line coach Craig Kuligowski he wanted to play for the best defensive line coach in the country. The No. 2 recruit in the country – Terry Beckner Jr. – wore a “D LINE ZOU” t-shirt under his button down at his signing.

The Mizzou football program’s strengths aren’t a secret anymore. Sure, they have more to improve on. What team doesn’t? At the end of the day, I think they have the stamp of approval.

Or, maybe Pinkel needs to wear the yellow jumpsuit once a week to up his recruiting.