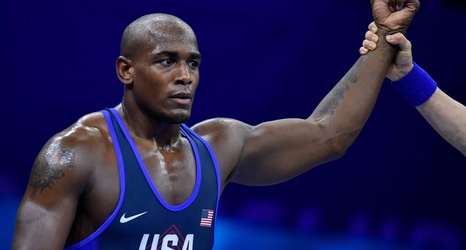 That's when things took an unexpected twist. Cox, who already had booked his spot in the semifinals at 97 kilograms because of previous victories, says a miscommunication is the reason he wasn't allowed to compete.

"I was informed with the wrong times of when weigh-ins were supposed to be," Cox said during a televised interview Saturday night on NBC Sports Network.