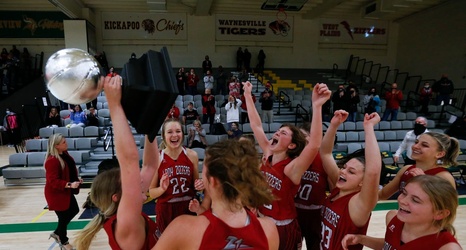 This is the way championship games are meant to be contested.

Two well-matched rivals bunched together like blankets and sheets.

One team winning by the slimmest of margins — and also with one last-second chance for a tying shot.

Those were the scenarios on Thursday afternoon as undefeated West Plains scraped past Nixa 61-58 in the championship game of the Pink & White Classic’s White Division.

The battle played at Parkview easily could have gone to a fourth four-minute overtime period: Marcie Conway got off an open 3-point shot after Nixa moved down the floor with 3.