'We have to think about Missouri as bear country' following first hunt, biologist says 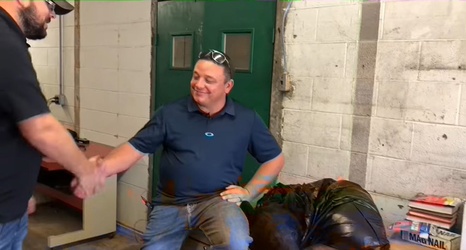 The first modern black bear hunt was a success all around, officials say.

Twelve of the 40 allotted bears were harvested during the season, which ran Oct. 18-27. More than 6,330 hunters applied for 400 permits for the season, according to Missouri Department of Conservation.

Furbearer and black bear biologist Laura Conlee said conservation was at the forefront when planning this season.

"Bear hunting in and of itself is challenging, and the framework that we set up ensured that sustainable harvest was really highly regulated," Conlee said in a phone interview. "The 12 successful hunters is a testament to their efforts that they put in for the time.