'We have to get rid of it,' Springfield mom says after kids find invasive hammerhead worm 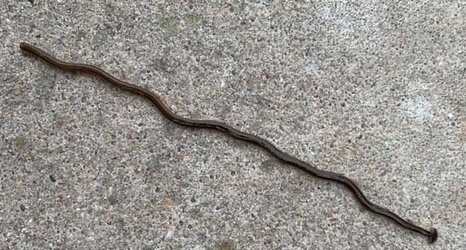 When Jennifer Serfass heard her children yell, “Mom, look at this worm,” she expected an ordinary nightcrawler.

Rather than the squiggly body of a native earthworm, this one had a bulbous mushroom head.

“It was really long,” Serfass recalled in a phone interview with the News-Leader. “It moved slowly, like a slug.”

When she got a good look at it outside her home in southeast Springfield on June 7, Serfass thought the worm had something protruding from its mouth, which would have explained the hammerhead appearance. After some research, she discovered that look was all-natural.

What is a hammerhead worm?