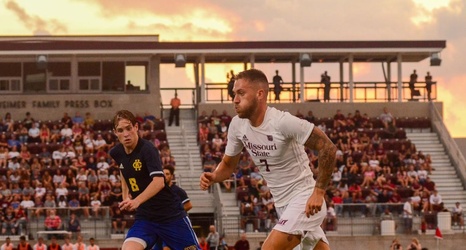 Missouri State men’s soccer team was off to a good start in its season opener, leading UMKC 2-0 after one half of play. Then, mother nature came in with a shocking occurrence for the large crowd — a lightning delay.

The delay started at 8:03 p.m. and continued until 9:30 p.m., when the game was officially canceled.

The match does not count against either team’s record. According to NCAA rules, a soccer game must be played for at least 70 minutes for it to count as an actual game.

The match opened at a choppy pace; neither team was able to generate much offensively.