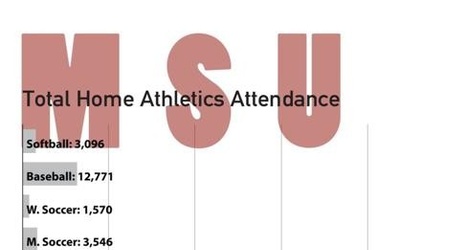 Missouri State sports had interesting attendance numbers in the 2018-19 school year, with some sports seeing sharp rises while others continued declines.

The highest attended Missouri State sport was men’s basketball, in which Dana Ford led the team to a 16-16 record in his first season as head coach. Total attendance for home games was 77,255 over 15 games, which translates to an average of 5,150 attendees per game.

The Bears filled an average of 47% of the available seats at JQH Arena, which was top among MSU athletic programs.

In terms of the Missouri Valley Conference, the Bears ranked No.