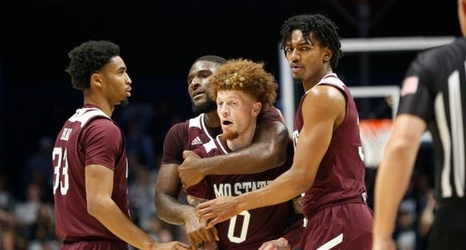 It was just a month ago when Missouri State was flying high after being selected to win the Missouri Valley Conference before the season began.

Fans were buzzing that this might finally be the season the Bears make it back to the NCAA Tournament for the first time since 1999. The roster looked as deep and talented as ever heading into Dana Ford's second season as head coach.

But after the first month of the season, the mood has changed.

The Bears (3-5) are losers of four of their last five after battling through perhaps the most difficult portion of their schedule while teams in their conference are able to travel to play the No.