No. 22 Lady Bears take down South Dakota in best of the best mid-major matchup 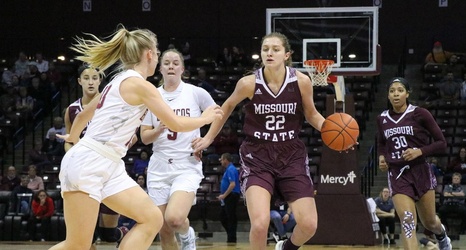 The Missouri State Lady Bears continued their fight for respect and proved why they are perhaps the mid-major team to beat in the country.

Missouri State, ranked No. 22 in the USA Today Coaches Poll last week, went to South Dakota and handed the Coyotes only their fourth loss at home since 2016 on Monday night. The Lady Bears defeated South Dakota 74-66.

Head coach Amaka-Agugua-Hamilton said she told her team before the game they were going to win the game.

“We came in here laser-focused from shootaround to game time,” Mox said in her postgame radio interview.