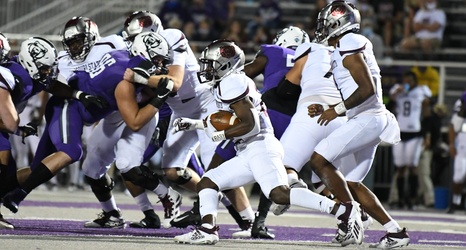 CONWAY, Ark. — An upset win on the purple-striped field at Central Arkansas was too good to be true for Missouri State.

MSU lost its 10-point halftime lead as FCS No. 10 Central Arkansas rallied for a 27-20 victory over Missouri State on Saturday night at Estes Field in Conway, Arkansas.

Missouri State is now 0-2 in its first two games under new head coach Bobby Petrino with one game left to play in the fall before an eight-game Missouri Valley Football Conference season in the spring.

Both Bears squads had a sloppy start to the game due to the number of turnovers and penalties.