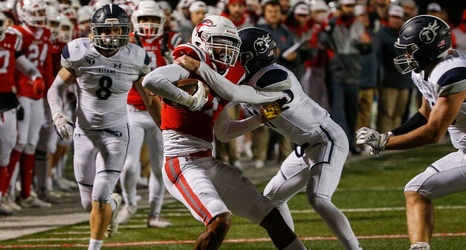 NIXA — Jaden Aven admitted the thought of Friday night being his last game in an Eagles uniform crossed his mind throughout the afternoon.

He knew that if he and his teammates weren't focused enough, Lee's Summit West could avenge its postseason loss to Nixa from the season before.

"I just thought 'they're coming here to try and end my high school career and the other seniors' high school careers,'" Aven said. "So we've got to go hit them in the mouth every play and make sure we move on."

No one hit the Titans in the mouth more than Aven did and the Eagles are moving on after a 28-0 victory over Lee's Summit West.