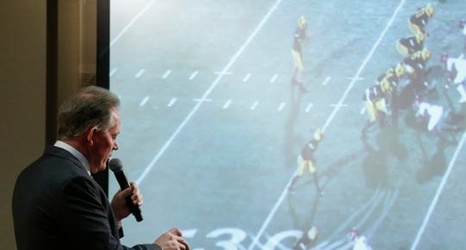 Missouri State University introduced Bobby Petrino as their next head football coach at a press conference in the Prime Overtime Club at JQH Arena on Thursday. Springfield News-Leader

Like everyone right now, Bobby Petrino has no idea what's going to come next as he's been walking around with hand sanitizer in his pocket.

The new Missouri State head football coach stopped shaking hands with others and hasn't enjoyed trips to the grocery store too much.

As he tries to keep some social distance, the 14-year veteran head coach now enters a spring unlike any other.

Missouri State officially announced on Thursday it has canceled the remainder of the spring practices, scrimmages and activities — including the spring football game that the News-Leader reported Tuesday was canceled.