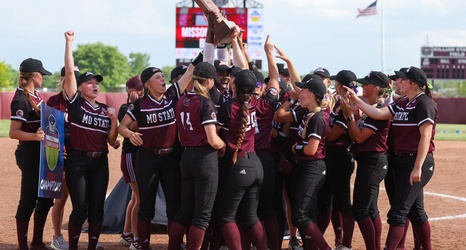 One of the great seasons in Missouri State softball came to an end in the NCAA Tournament.

Missouri State fell 2-0 to Mizzou in an elimination game late Saturday night at Mizzou Softball Stadium in the Columbia Regional. The Tigers were responsible for both Bears' losses in the double-elimination tournament.

Head coach Holly Hesse, in her 34th season, preached "Meraki" all season long to her squad while defining it as "leaving something special behind.