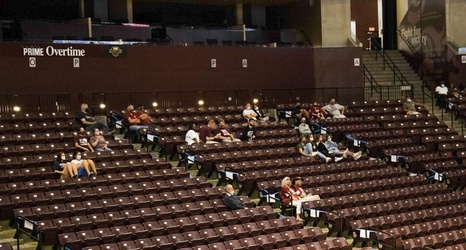 The Missouri State Bears and Oklahoma Sooners kicked off the 2020 college football season on Saturday, Sept. 12.

In the midst of the COVID-19 pandemic, changes had to be made to the season opener. For Missouri State, this was the first sporting event since the initial shutdown back in March. While organizing the game, it was decided that it would be televised pay-per-view only for a price of $55.