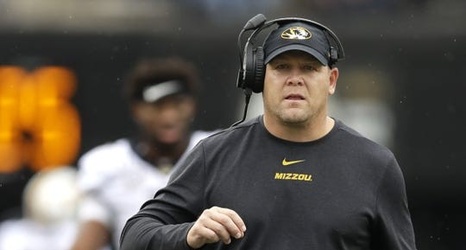 Missouri has fired its football coach, Barry Odom, after a tumultuous fourth season that ended Friday with a record of 6-6, a record that seemed unimaginable before the season or even in mid-October.

Way back then, the Tigers were 5-1 and positioned in first place in the SEC East. A cringe-worthy season-opening loss to Wyoming seemed far behind them. But Missouri self-destructed in the second half of the season. The 6-6 record is the program's first win-loss regression from year to year in the Odom era (2016-19). In his four seasons, MU finished 4-8, 7-6, 8-5 and 6-6.