Missouri State was playing good baseball. Ever since a COVID-19 shutdown, it's struggled. 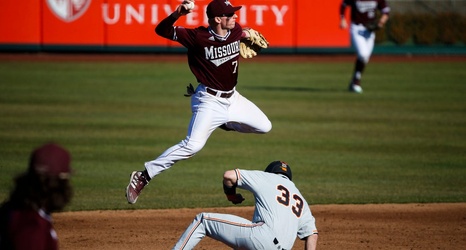 Missouri State baseball was playing as well as anyone when it won four out of five games in mid-April, but nothing has been the same since.

The Bears were scoring runs and it appeared they finally found a groove with their pitching. In five of their previous seven games, they had allowed eight or more runs. Over the mid-April stretch, they allowed no more than five.

But then COVID-19 within the program forced the Bears to cancel their next six games. Their return to the field has seen them go 1-8 and their once-promising season has seemed to fall apart.