Missouri State shut out by No. 1 North Dakota State 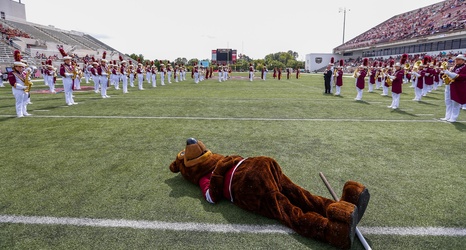 Expectations for Missouri State going into Saturday were low and the No. 1 team in the FCS was able to come away with the victory.

With the loss, the Bears have now lost at least five games in every season since 1996. MSU has started 1-5 in three of Dave Steckel's five seasons as head coach.

Here's what went down Saturday:

This will be updated

After back-to-back empty drives between the Bison and Bears to begin the game, North Dakota State scored the game's opening points nearly halfway through the first quarter.