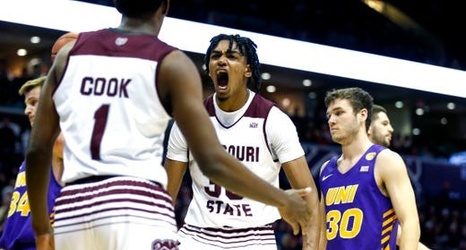 The schedule for the 2019-20 Missouri State men's basketball team is complete.

Missouri State opens its season Nov. 5 at JQH Arena against Little Rock and it concludes its regular season on Feb. 29 at home against Southern Illinois.