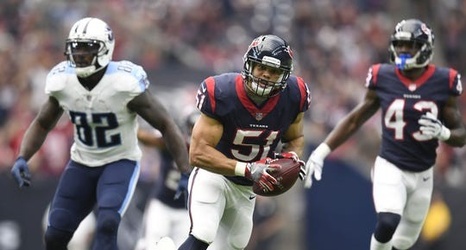 Dylan Cole might not be a starting linebacker for the Houston Texans right now, but he is one of the most respected players on the team.

That was made evident when the former Logan-Rogersville and Missouri State great was announced Wednesday as one of the four captains for the team. The team selected Cole along with J.J. Watt, Deshaun Watson and Johnathan Joseph.

Cole was a captain during the preseason when the Texans played the Detroit Lions on Aug.