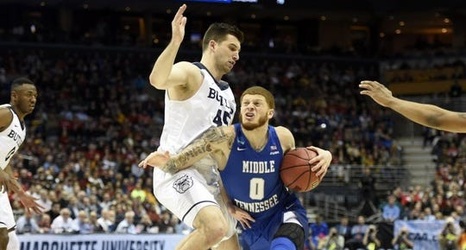 We're still a little more than four months away from the beginning of the college basketball season but it isn't stopping the anticipation for the 2019-20 edition of the Missouri State Bears.

On Monday, the Missouri Valley Conference held its first coaches teleconference of the season, allowing the media to pick the brains of the league's coaches while some are in the midst of summer practice or just about to begin.

Here's what we learned from second-year Bears head coach Dana Ford on Monday:

Tulio Da Silva can be even better

The Missouri Valley Conference's reigning Newcomer of the Year made headlines earlier in the summer when he declared for the NBA Draft with the intentions of returning to school.