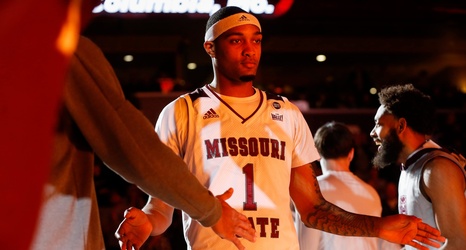 Missouri State star basketball player Isiaih Mosley announced Wednesday on Instagram that he has declared for the 2022 NBA Draft.

The two-time All-Missouri Valley Conference first-teamer is coming off a season in which he averaged 20.4 points per game on 50.4 percent shooting. He has received NBA buzz due to his scoring ability.

In his Instagram post, Mosley said "I have dreamt about this day and it's finally becoming a reality, so I am excited to test the waters and declare for the 2022 NBA Draft."

"Testing the waters" likely means Mosley will not sign with an agent and will be allowed to return to school after receiving feedback from NBA scouts and coaches during the pre-draft process.