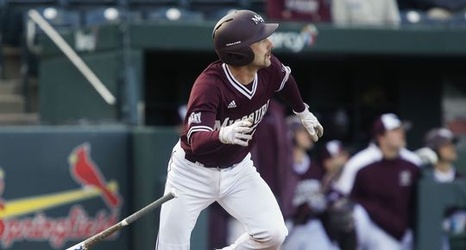 The Bears won their fourth consecutive game against Valparaiso with a 7-1 victory over the Crusaders on Tuesday afternoon in the play-in round of the Missouri Valley Conference Tournament in Normal, Illinois. A loss would have ended the Bears' season.

Missouri State now advances to the double-elimination portion of the tournament. The Bears will play No. 1 seed Dallas Baptist at 11 a.m. on Wednesday.