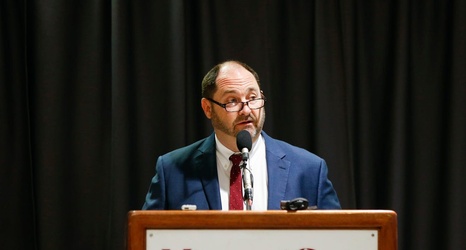 Missouri State announced Thursday that it has given Athletics Director Kyle Moats a multi-year contract that will run through the 2025-26 academic year.

Moats was previously on one-year contracts and had them renewed after each school year. He has been the school's athletics director since 2009. The four-year agreement will pay him $185,000 annually and is subject to merit-based increases following the first year of his employment agreement.

"Kyle has elevated athletics at Missouri State since his arrival in 2008. His most recent successful hires in football and men's and women's basketball have transformed the athletic reputation at MSU," President Clif Smart said in a release.