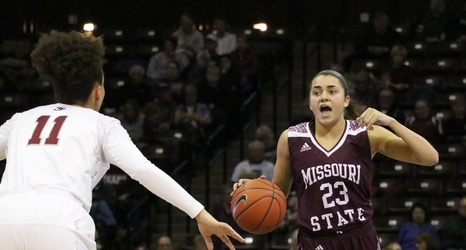 This marked their first game as the No. 22 ranked team in the nation, according to the USA Today coaches poll released Tuesday.

In a game that featured 10 lead changes and a dozen ties, Missouri State outlasted Santa Clara 71-64 to improve to 5-1 on the young season.

“A win is a win,” head coach Amaka Agugua-Hamilton said. “That is what I always tell our players. I was really proud of how we came out in the second half.