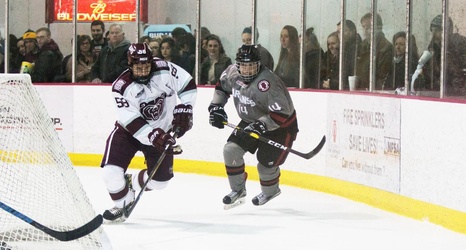 The Missouri State Ice Bears’ opening weekend was filled with lots of goals and lots of penalties.

The team split two games with Illinois State on the road, losing the first game 6-2 and winning the second game 6-4.

The first game was off to a promising start when sophomore forward Nikita Salnikov scored early in the first period to put the Bears up 1-0 early. Salnikov’s wrist shot from the left faceoff circle was so accurate it knocked the ISU goalie’s water bottle out of its holder on the back of the net.