Ice Bears run the Razorbacks out of Springfield 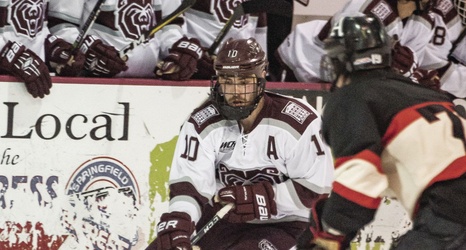 The Missouri State Ice Bears returned to Mediacom Ice Park on Feb. 2 and Feb. 3, sweeping the University of Arkansas Razorbacks.

The Ice Bears came out with a 6-2 win on Friday night.

Though, the first period started off slow — with very little action until sophomore forward Carson Wornig’s goal about nine minutes into the game.

Just 39 seconds after Wornig’s goal, junior forward Travis Barrett gave the Ice Bears a 2-0 lead with a goal of his own.

The two goals were all the Ice Bears managed in the first period.