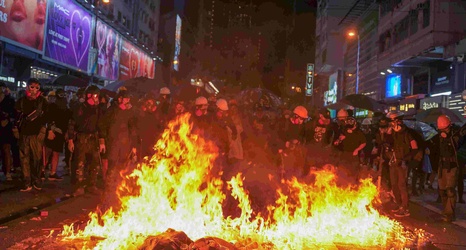 Missouri Sen. Josh Hawley is not happy with the NBA.

In a letter to the league's commissioner and team owners Monday, the Republican tore into the association for condemning tweets Houston Rockets official Daryl Morey posted late last week in support of pro-democracy protestors in Hong Kong, casting the decision as a shameful submission to Chinese authoritarianism.

Morey, the Rockets' general manager, sparked a firestorm in one of the NBA's most coveted overseas markets Friday when he tweeted a since-deleted image that included a slogan of the protests, "Fight for freedom, stand with Hong Kong.