Greenwood's Aminu Mohammed put on a show against the No. 1 junior in the country 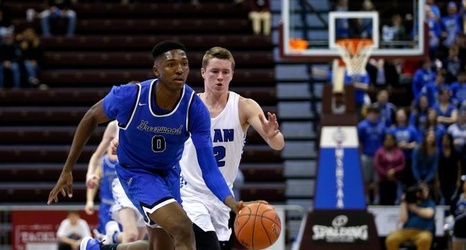 Greenwood star Aminu Mohammed said he wanted to win a Peach Jam championship and he stood out in his opening game on Wednesday night against the top junior in the country.

Mohammed scored 22 points on 8-of-13 shooting — including a perfect 3-for-3 from 3-point range. He also grabbed 13 rebounds and dished out four assists in an 89-70 win in his Boo Williams AAU squad's opening game of the EYBL Peach Jam Tournament.

The performance was even more impressive given the team was facing Jonathan Kuminga — who is rated by 247Sports as the top Class of 2021 player in the nation.