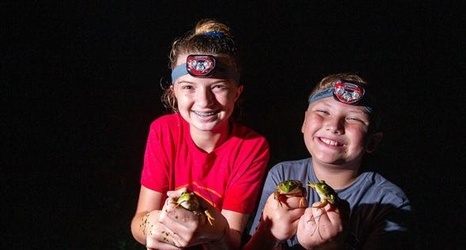 People can soon hop into frogging season, which begins at the end of the month.

Starting June 30 at sunset and going through Oct. 31, Missouri Department of Conservation says those with a fishing permit or small-game hunting permit may frog for bullfrogs and green frogs.