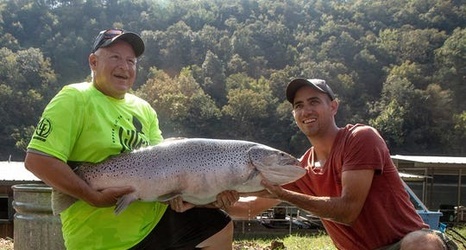 But as one local angler sees it, that's the problem.

The record fish caught in September at Lake Taneycomo was a "triploid" brown trout, a fish that was artificially made sterile at Shepherd of the Hills Hatchery so it could grow fast and get really big.