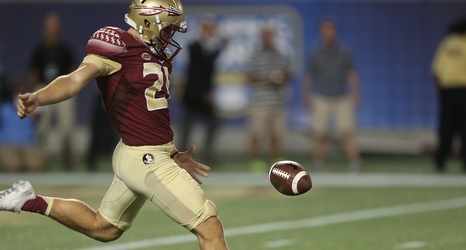 Tyler was implicated in a DUI case in August, as first reported by the USA Today network.

He was suspended two games against Louisiana-Monroe and Virginia after starting the season-opener against Boise State.

Officials wouldn't specify why Tyler was indefinitely suspended from the football program, but the move followed an August DUI crash under investigation by the Tallahassee Police Department.