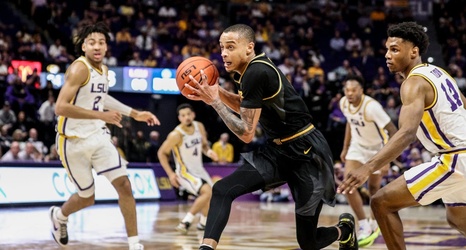 The junior announced his commitment to LSU on Monday via social media.

Pinson finished as Missouri's second-leading scorer this past season, averaging 13.6 points per game, and was one of three MU players to start all 26 contests.

His departure came less than 72 hours after the Tigers' season ended in the first round of the NCAA Tournament with a 72-68 loss to Oklahoma.

Pinson played 18 minutes and was 1-for-7 from the field, including 0 of 3 from 3-point range, scoring only two points.