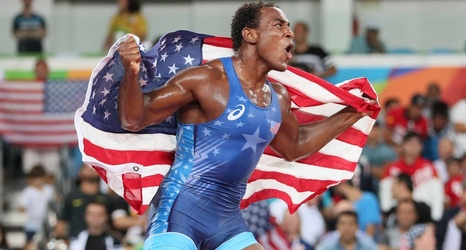 One of the most anticipated matchups of the U.S. Olympic Wrestling Trials never happened, and J'den Cox's dreams of representing his country in Tokyo were dashed.

Not because of an upset or positive coronavirus test. Cox, a Missouri wrestling alum and Columbia native who already had booked his spot in the semifinals at 97 kilograms based on prior victories, was informed of the wrong weigh-in times by his coach.

Cox's coach, Kevin Jackson, is also a USA Wrestling employee. Cox and Jackson appealed the decision, but the trials went on without the two-time world champion.