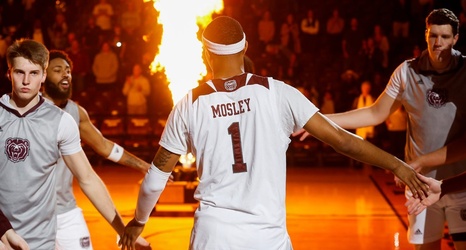 Former Missouri State star Isiaih Mosley has committed to the University of Missouri.

The three-year standout for the Bears posted a photo on Instagram on Monday afternoon of him in a Tigers uniform with the caption "I'm coming home."

Mosley announced he entered the transfer portal in late April and recently withdrew his name from the NBA Draft. He joins a new regime at Mizzou under head coach Dennis Gates when former head coach Cuonzo Martin passed over him when he was a star at Rock Bridge High in Columbia.

Gates has been active in the transfer portal this offseason and has landed some of the highest-rated juco players and mid-major standouts.