Football Bears blown out by Oklahoma on opening night 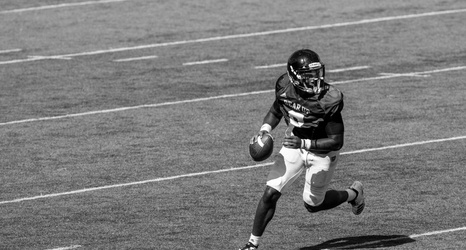 It was over quickly in Bobby Petrino’s debut as the Missouri State head coach.

Missouri State football was on the losing end of a 48-point display by the Oklahoma Sooners on Saturday, Sept. 12.

Playing a nationally ranked powerhouse like University of Oklahoma is not a normal event for MSU. The game was a guarantee game with $600,000 dollars attached for MSU athletics.

The Sooners’ freshman quarterback Spencer Rattler led the charge in a lopsided affair. Oklahoma put up 608 yards of offense; the Bears managed 135.

It took until five minutes left in the second quarter for the Bears to collect their first first down on a 20 yard pass from freshman quarterback Jaden Johnson to senior receiver Lorenzo Thomas.