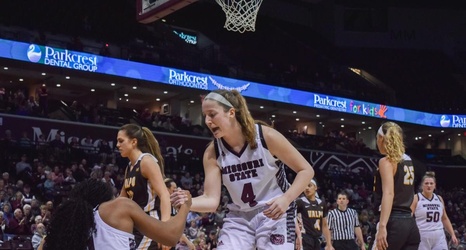 The Missouri State Lady Bears had high hopes as they headed to the Missouri Valley Conference Tournament last week.

Head coach Amaka 'Mox' Agugua-Hamilton said she saw a team in practice that was laser-focused after winning the program’s first regular-season title since the 2011-2012 season. She felt like it was a team that had the makings of another special run — not only in the MVC Tournament, but in the NCAA Tournament.

The only question was whether it was going back to the Sweet 16 or beyond.

The team thought they had more basketball to play; that’s what makes the present so difficult.