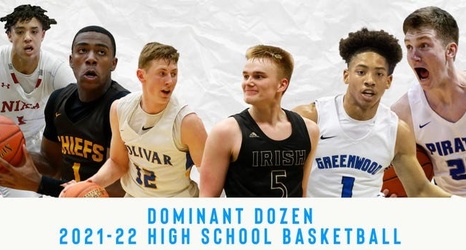 Southwest Missouri, once again, proved to be a region rich in talented high school boys basketball players who are capable of putting up big numbers on the biggest of stages.

Multiple Division I prospects in addition to some of the best players to come through their respective schools shined throughout the Ozarks during the 2021-22 season.

The News-Leader's second annual Dominant Dozen postseason list highlights the 12 best boys' players from this past season. These players stood out above the rest as some led their teams to state championships while others put up big numbers throughout the season.