Dana Ford won't paddle his players when they turn the ball over. So what is he doing? 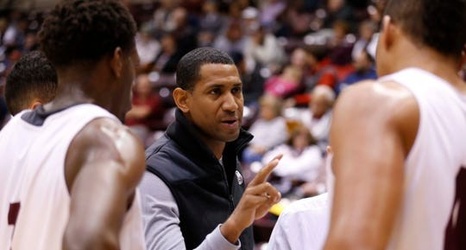 Back where Dana Ford grew up, a turnover would mean you're about to get a lickin'.

He didn't exactly make it clear where or when that paddle would make an appearance during Monday's media availability but he said if he could break it out, it would probably lead to fewer turnovers for his basketball team.

"If I could paddle them, then I think we could get it fixed," Ford said. "It's a different world. I can't paddle them."

Instead, he's just going to have to make a team ranked 315th out of 350 in the country in assist-turnover ratio run for its mistakes.