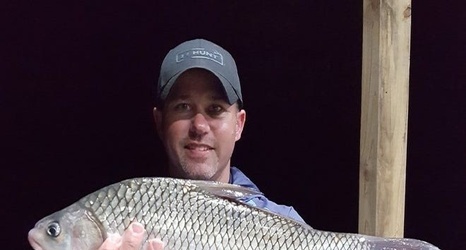 The sixth Missouri state record fish of the year was recently caught on the Mississippi River.

Steven Henson, of Bonne Terre, was fishing with his pole-and-line June 1 when he reeled in a 3-pound, 14-ounce river carpsucker.

The previous record was 2 pounds and three ounces caught in 2008 on the South Grand River, according to Missouri Department of Conservation.

Among the most abundant in Missouri, the river carpsucker is mainly found in the Missouri and Mississippi rivers and their major prairie tributaries in the northern and western parts of the state, per MDC.

"The river carpsucker is considered a sport fish, and is rarely taken on hook-and-line," MDC stated via news release.