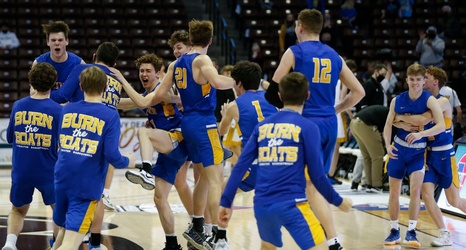 In the first half of Thursday afternoon's Class 5 semifinal game, Bolivar sophomore Kyle Pock wasn't getting the looks he liked.

He finished the half with only three points with the same number of fouls. The Liberators trailed by five at the break.

In the second half, he found he was freed up a little bit and he took what the defense gave him.

More:Here are the five Ozarks high school basketball teams playing for a state title this week

What he did was score the Liberators' seven points en route to 23 second-half points.