Bison shut out Bears on the road 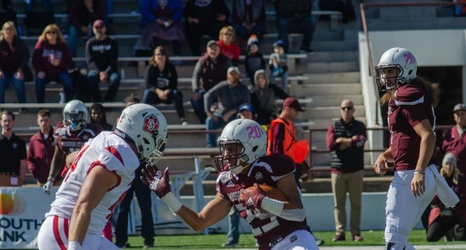 Missouri State’s football team saw its ninth consecutive loss to North Dakota State on Saturday, falling 22-0 in Fargo. The Bears haven’t bested the Bison since 2010, when they claimed a 3-0 victory at home.

But this loss was different for two very specific reasons: