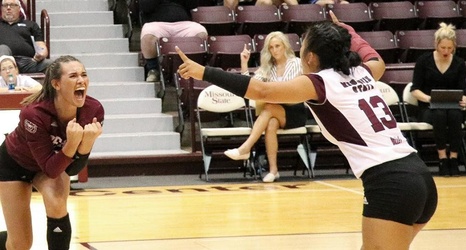 “I was so happy to see the players play so relaxed, with so much confidence,” head coach Manolo Concepción said.

Missouri State won the first two sets, just like in the match earlier in the day against DePaul.

Sophomore Chloe Rear had six assists and five digs in the first set alone. She ended the game with 15 digs and 19 assists.