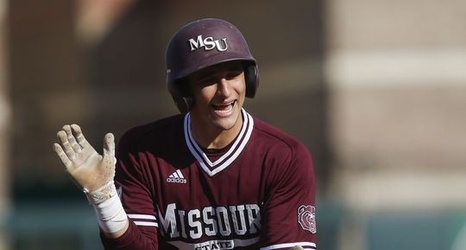 Drew Millas said he didn't think too much about Saturday being his last game at Hammons Field.

It was Senior Day — and Millas is a junior. He wanted the day to be about his older teammates and what they've done for the Missouri State baseball program.

But in the back of his head, he had to know it was also possibly going to be the last game he played in Springfield as a Bear.

"I haven't thought about it much," Millas said. "It was these guys' time and it is what it is. We'll see what happens.