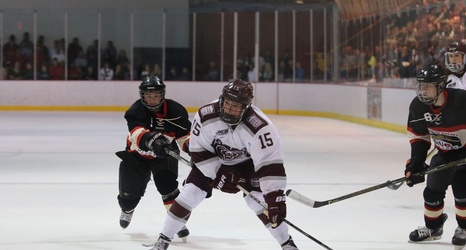 It was a game of firsts for the Missouri State Ice Bears.

It was also a game where the Ice Bears scored first in the opening period and continued to score into the third period, getting their first home victory 5-1 against the Southern Illinois University Edwardsville Cougars.

Sophomore forward Austin Davis scored the first goal toward the end of minute 11 in the first period.