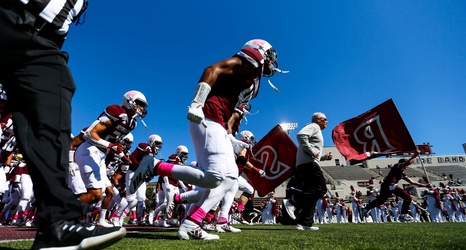 Missouri State will have a new man behind center in 2020 and it appears the Bears have added a new quarterback to the mix.

Rogers, Arkansas, native Hunter Loyd shared on Twitter that he has committed to play for Missouri State.

Loyd is listed as a three-star quarterback by 247Sports.com with a 0.8265 composite ranking. He held multiple offers from schools including Louisiana-Monroe, Arkansas State, Cornell and UT Martin.

Rivals.com lists Arkansas as a team that had interest in the 6-foot-4, 205-pound quarterback.

Loyd is the second Class of 2020 quarterback to commit to Missouri State.