Which Mississippi State freshman is becoming a true closer? 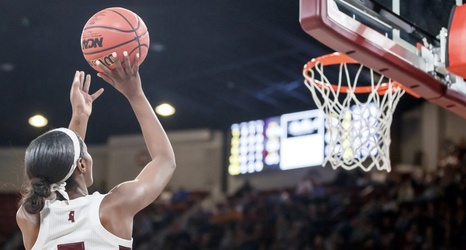 As she is one of the Bulldogs primary scoring threats, freshman forward Rickea Jackson has exceeded expectations offensively.

Fresh off a 15 point performance against Stanford, Jackson has been in double figures in five of the Bulldogs nine games. While Vic Schaefer is a defense first coach, this year’s squad is more than gifted on offense, with Jackson at the forefront. Averaging 11.2 points per game, Jackson is a pure scorer at heart.

Though there is no questioning Jackson’s scoring ability, she must improve on the boards. At 6-foot-2, Jackson should be averaging more than 2.7 rebounds per game.