The most irrelevant Egg Bowl is actually quite relevant 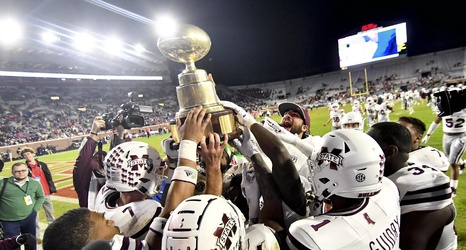 The moment that most people have been joking about for weeks: The 2019 Egg Bowl.

Crazy enough, this week is a great incite to how far we have come since that 2014 season. It shows how spoiled we have became about winning games. In matter of fact, we are so spoiled that, really, one of the better Egg Bowls in recent memory is being looked at in such a poor light.