Spencer, Hill drafted in 7th round of 2021 NFL Draft 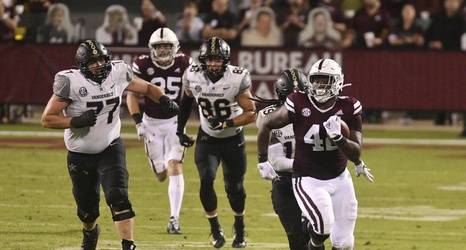 STARKVILLE, Miss. — Former Mississippi State defensive end Marquiss Spencer and running back Kylin Hill were both picked in the seventh round of the 2021 NFL Draft on Saturday to extend MSU’s streak of having at least one player selected every year since 2010.

The Denver Broncos selected Spencer with the 253rd pick, while the Green Bay Packers selected Hill with the 256th pick.

Spencer, a 6-foot-4, 300-pounder, played in 51 games for The Bulldogs with 23 starts. He recorded 106 tackles, 22 1⁄2 tackles for loss and seven sacks. He started his career as an interior defensive lineman before moving to defensive end as an upperclassman.