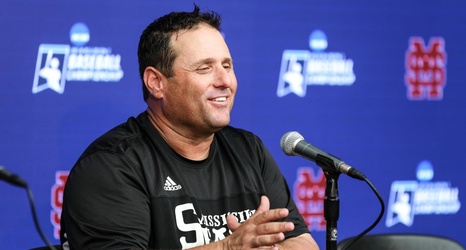 Jake Mangum’s Mississippi State baseball career was over on Thursday night as he sat at the postgame press conference following MSU’s season-closing loss to Louisville at the College World Series. Mangum, who in his four seasons as a Bulldog reached four Super Regionals and had a pair of trips to Omaha, was in tears at the realization his time in the maroon and white was over. It concluded without the national championship he so desperately wanted to win.